How Has Air Quality Changed Since The 1980’s

We often talk about air quality today, but have you ever considered how much our air quality has changed since the 1980’s?  With government interventions we’ve seen a reduction in pollution and the ozone hole over the past forty years. We still have a way to go in cleaning up the air we breathe. These are issues that are not easily or quickly solved, but the U.S. has made significant improvement since the 1980s. When Did We Start Talking About Air Quality?

Concern over air quality may seem like a fairly recent thing, but written documents from the time of Hippocrates in 400 B.C. show that air pollution was seen as a health threat way back then. Since that time, more people and more industrial growth and advancements have all contributed to the pollution that’s in our air.

Air quality in the United States became more of a focus starting in the 1970s. President Richard Nixon created the Environmental Protection Agency in 1970 to enact national environmental guidelines, monitor and enforce them. Congress also put in place much of the structure of The Clean Air Act and passed it in 1970 – aimed at reducing and controlling air pollution nationwide.

The Clean Air Act also established air quality standards, known as the National Ambient Air Quality Standards (NAAQS). Every state, local government and tribe must meet the standards in their jurisdiction. It monitors the air for six common pollutants that are all bad for our health.

Putting a law into place doesn’t mean change will happen immediately – especially when it comes to filtering out pollutants in our air. By the 1980s, Americans were seeing change and also starting to become more aware collectively and personally of air pollution and its causes. The Hole In the Ozone Layer

There’s a healthy layer of ozone that protects us from the sun’s ultraviolet radiation. Consider it as earth’s own version of sunscreen. Air pollution and emission were steadily burning a hole in the ozone layer. In 1987, the United States along with 197 other countries signed “The Montreal Protocol on Substances that Deplete the Ozone Layer.” The treaty was designed for countries to regulate emissions of things that have caused ozone depletion and help other countries monetarily who can’t do it by themselves.

Today, the ozone hole still exists, forming over the Antarctic seasonally. The 9.6 million mile wide hole in the ozone layer is the largest since the 1970’s, but is also expected to close sooner than in previous years.

The United States has already phased out the most damaging substances that caused ozone depletion. In addition to better air quality, the EPA says the measures will save millions of Americans from skin cancer and eye cataracts. With all of these protections in place, it is predicted that the hole in the ozone layer will close completely by 2060.

The Air Quality Index (AQI) measures the amounts of pollutants in the air and ranges from zero to 500 in its measurement. Nationwide, the average Air Quality Index level in 1980 hovered around 59. The higher the AQI number, the more pollutants. So, 59 is seen as a good level. Hawaii, North Dakota and Vermont were the states with the best AQI in 1980. Arizona, Idaho and Connecticut had some of the worst AQI levels in 1980. Arizona’s AQI was nearly 94, which is considered to be on the high end of moderate pollution levels.

Since 1980, many steps have been taken to reduce the amount of air pollution in the United States and as a result, the overall air quality index regularly ranks in the low 20s to 50s. As of 2020, the levels were around 36 nationally – which is considered good air quality in the AQI ranking. Are Air Quality Monitors Worth It?

Before the latter part of the 20th century, not much thought was given to vehicle emissions. But transportation was becoming a huge source of pollution. Since then, regulations have gone into effect to help. New vehicle emissions standards mean new passenger vehicles give off much cleaner tailpipe pollutants – at least 98 percent cleaner.

Vehicle emission standards have also caused innovation in technologies. Catalytic converters were created for vehicles. They convert toxins into byproducts like water vapor and carbon dioxide, which are much less harmful to us and the environment.

The fuel we use is cleaner too. Lead has been taken out of gas, leaving unleaded fuel as the industry standard. Lead was a huge source of air pollution, but taking it out of the gas we use has decreased lead pollution by 94 percent since 1980. Grades of ethanol have also emerged – which are even cleaner sources of vehicle fuel. And there is a growing popularity of electric vehicles, which don’t give off any fuel emissions.

Even though there are more vehicles on the road than ever, as a nation we have effectively cut down on pollution from transportation since the 80s. And it’s not just cars and trucks, the EPA has implemented emissions standards for trains, construction and farm equipment, and even lawn and garden equipment.

Power plants and factories have created millions of jobs in America. They’ve also given off tons of air pollution. Now, architects of each new facility built have to include good pollution control measures as part of the design or they won’t receive their building permits.

Existing facilities have to regularly monitor and report their emissions to the government. They have standards they must meet and can be penalized for not meeting those.

Power plants have long given off what’s referred to as acid rain – which is caused by burning fossil fuels. The U.S. government established the Acid Rain Program (ARP) in 1995 requiring companies to dramatically reduce the amount of acid rain, sulfur dioxide and nitrogen oxides they send into the air. The ARP has cut emissions significantly by giving companies many options to do so. Companies will also be penalized if they don’t meet the standards.

Besides power plants and factories, any business that emits pollution into the air has to follow and meet specific criteria and standards.

Fossil fuels are formed over time from what’s left of living organisms. Coal, oil and natural gas are the fossil fuels we use the most in the U.S., supplying most of the energy needs in America. While they are very useful in keeping us warm and the country running, they are a big polluter. Smoke from coal has been linked to asthma and oil is considered the largest source of air pollution globally.

In the last 40 years, much research has been done on the impact of fossil fuels on the air we breathe. And in recent years, much time has been dedicated to finding renewable energy sources that are just as effective, but not as polluting.

How Can I Improve My Air Quality?

Many of the things put into place to clean up our air are large-scale actions that are addressed at the government and business level. So, it can seem like there’s not much we can do as one person or one family.

But there are simple steps you can take to improve the quality of air. Consider carpooling or working from home when you can. Those two acts alone can help reduce vehicle emissions. You can participate in Air Quality Awareness Week. It’s hosted every May by the EPA and it provides great information about air quality and pollution and what you can do personally to help improve it.

And while you may not be able to change the air quality outside much, you can change the air you’re breathing inside your home. Air purifiers are designed to pull pollutants out of the air, trap them and send clean air back out. They can be a significant investment, but a great way to help improve the health of you and your family. 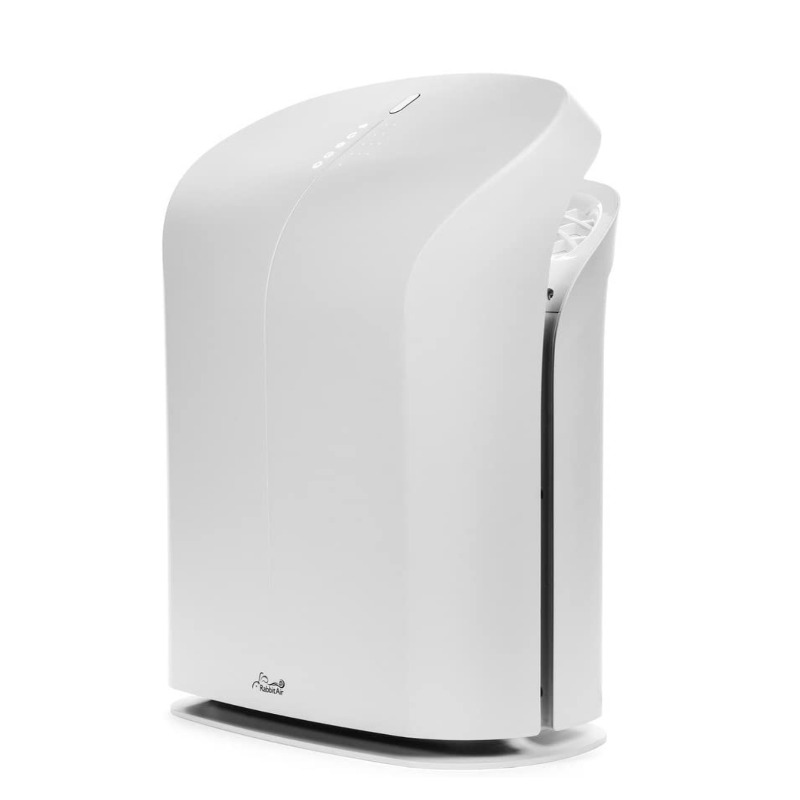 About the Author: Mark Vander Berg

Products in this article are independently selected and featured editorially. If you make a purchase using these links we may earn commission.  Visit our How We Rate page to learn more. Long-Haul Covid and How Air Purifiers Can Help